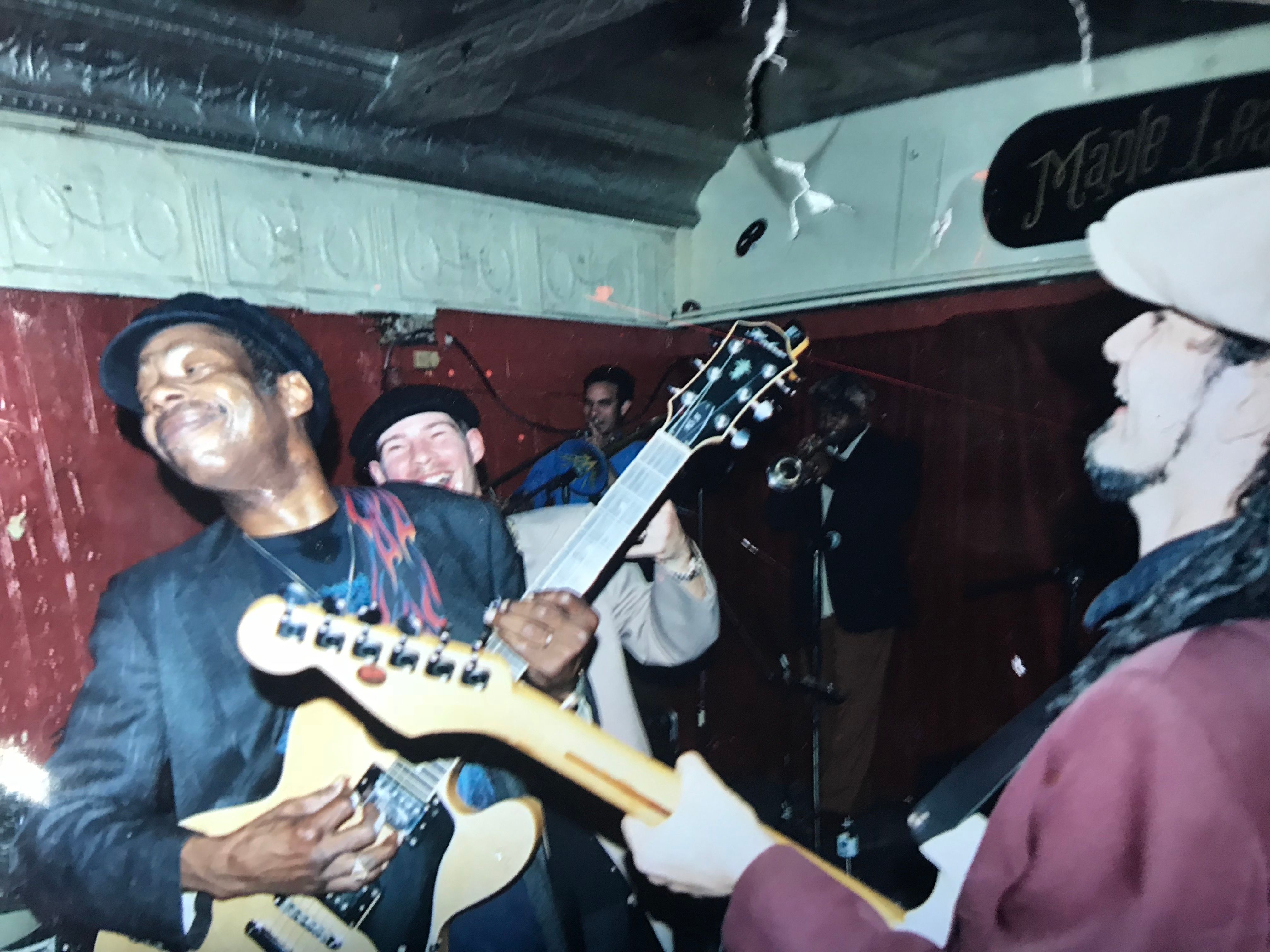 Among the many highlights and opportunities I have been afforded thru my connection to Walter "Wolfman" Washington, one of the greatest was playing Saturday nights at the Leaf.  From my spot on the drum riser next to Wilbert "Junkyard Dog" Arnold, I not only continued my education from the greatest vantage point, but also got to experience the magic that happens in this special room.  From the early days of James Booker to the Mondays with Papa Gros Funk, Tuesdays with Rebirth Brass Band, to the Thursday trio gigs with Johnny Vidacovich, George Porter Jr., and whoever was the chosen one pulled from the myriad of stellar musicians who came to throw down with the best, this stage, and the adjoining bar, has soaked up everything New Orleans has to offer.  The good the bad and the ugly (which most times was just us reacting to something someone played that was so nasty no other reaction would do!). The Leaf was also the place where everyone could just hang out.  During set breaks it was always an adventure to walk around the different pockets of people, sit down for a minute to say hi then move on.  Everyone knew everyone and everyone was glad to be there.  The wandering would ultimately stop when I found Walter, usually in the side alley surrounded by fans and friends.  He would get serious and let me know how I was doing, what I was doing well and of course what I could do better, and then make his way to the stage, pick up his guitar, strums those Walter "getting ready" chords and announce "Second set!, second set!.  I never remember too much after that!